The entire staff and students of the prestigious school of first choice and nation’s pride, University of Lagos will host the general public to the screening of the remarkable new romantic-comedy, ADUKE , approved by the West African Film Inc.

ADUKE-THE-MOVIE, is a story that appeals to a lot of young people as it relates to actual scenarios that happen in their lives. This short-film also has an epic plot twist that keeps the audience dazed.

The movie premiered in the University of Ilorin on the 29th of November, 2016 and had an audience of over 1700 students in attendance. 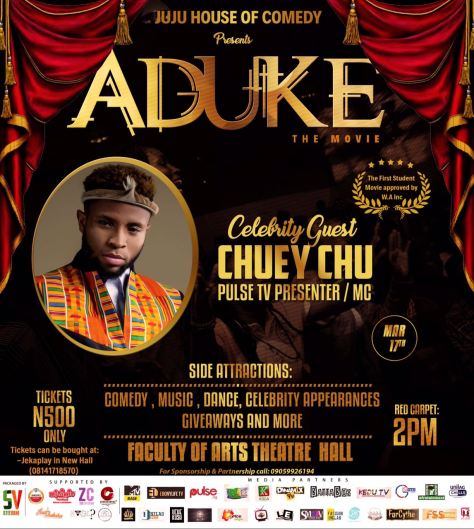 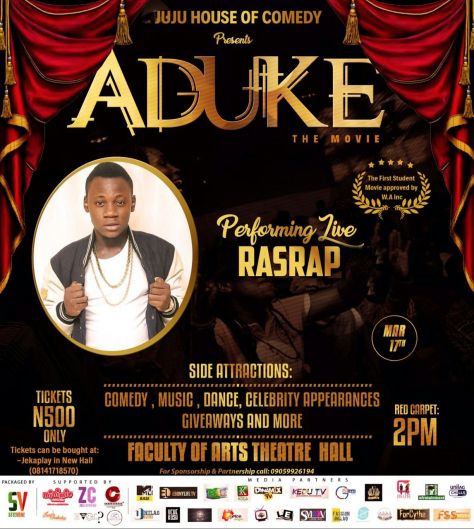 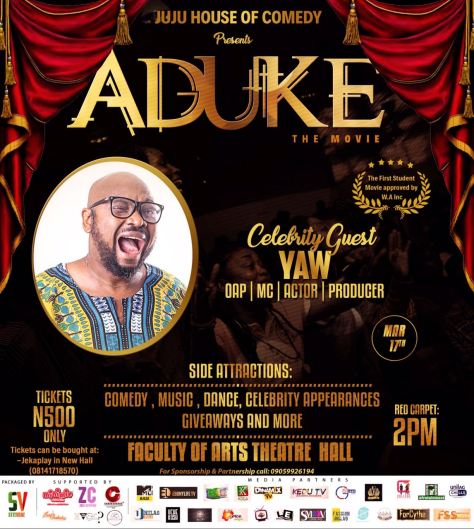 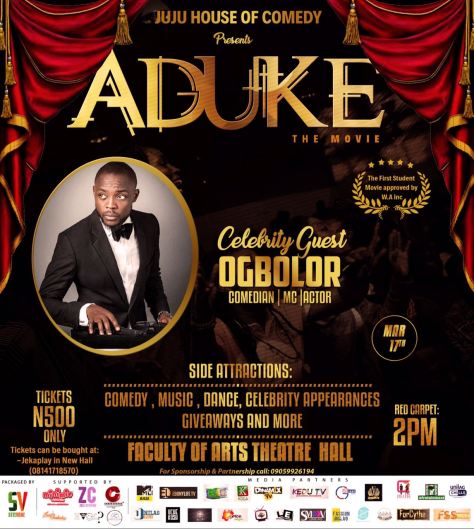 ADUKE-THE-MOVIE is produced by the Juju House of Comedy , a creative art group that specializes in drama and film production. They have won a few awards with their works in which they use comedy and satires to correct societal ills, some of which shall be entailed in the Aduke movie.

This highly acknowledged event is packaged by

Admission: Tickets at N500 each (admits one)

This event is open to the general public.

2 thoughts on “ADUKE THE MOVIE SET TO PREMIERE IN UNILAG”