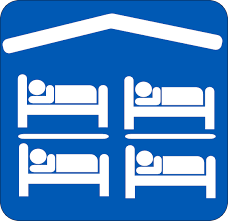 Hy guys, I’m called kammy. I woke up today without a smile on my face after having a terrifying nightmare about the hostel stuff.

Imagine someone living outside Lagos e.g Port Harcourt and didn’t get hostel neither does he knows anyone in Lagos to squat with.

I could remember during my screening recently, I was given ‘’MINUTES’’ of a meeting held at the University main auditorium  on Tuesday 30th august, 2016.

A point was stated there SQUATTING

It was stated there that

Mrs. Bunmi Akanbi Awolekun suggested that squatting of students in the hostels should be legalized to discourage the Hall Mistress from collecting all sort of dues from the students. Prof Babawale replied that illegality cannot be legalized. Squatting in the hostels is not allowed and if a student is caught, the student will be disciplined accordingly ……..’’

Some students even collect money to squat fellow students. Imagine after paying a fellow student to squat you and at the end you end up being thrown out by the school management in the dead hour of the day. “Go find out what happens”

Accommodation outside the school range from 120k – 300k per year, some single room while others are self-contain of flats.

‘Some students are even in the habit of selling bedspace which was normally sold at 25k for 65k upward. A guy advertised a bedspace in jaja hall for 90k’  ’Imagin’

While others couldn’t get bedspace, some got so as to make profit. Such act should be condemned and any student caught in the act should be rusticated or expelled.

I stay at Gberigbe which happens to be in the Northern part of Ikorodu, I knew others who happen to be a fresher also living a place farther than mine that didn’t get accommodation too.

“MY VIEW” — All freshers are supposed to be giving hostel because they are not familiar with the school environment while those in other level should be left to find their way!!!

I pray that the accommodation portal should be opened again