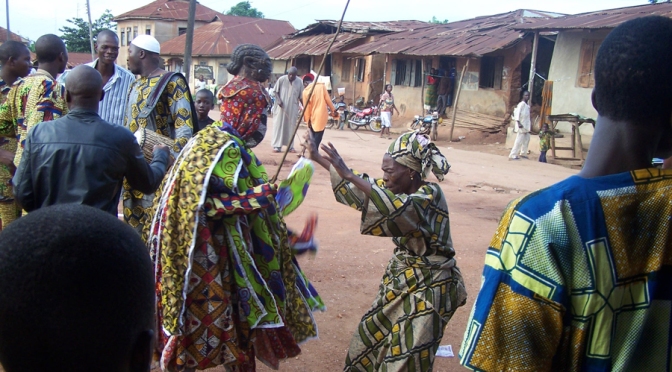 Anyways, I spent 3 nights in Ogun state, dwelt majorly in Abeokuta. And here are the 5 things I observed about this city.

You needn’t agree with this compilation but I have to let it out irrespective. If people till date still have reservations for the holy books, what exception does my list now require?

Quickly let’s run through them:

This is in terms of infrastructures like hospitals, schools (Ogun state has the highest number of tertiary institutions in Nigeria), roads and financial institutions.

The reason behind this isn’t farfetched; Abeokuta is the capital of the gateway state. While I toured the metropolis, I observed about a dozen skyscrapers like the ones in Lagos Island while close to another dozen were under construction. And with the rate Abeokuta is going, I really do not think they’d back down anytime soon because of all sports, wrestling seems to be the one they detest the most.

Before traveling to Ogun state, I had a preconceived notion that only very few state capitals excluding of course Abeokuta can rub shoulders with Lagos in terms of determination to develop and progress. This notion however changed on my way to the historic centenary hall, when I had to give a special attention to the inscription on major infrastructures (especially roads and bridges) within the state. I noticed this words which blew my mind:

It’s a mission statement I think the state is working assiduously at achieving because I found it on almost all infrastructures in Abeokuta.

With the way things are going, ABK will in no time join greats like Ikeja, Calabar, port-harcourt and the rest.

Though I felt there wasn’t any need for them since we really do not have as much crazy drivers in ABK like we do in Lagos.

The Ogun state traffic compliance and enforcement agency- Trace as they are popularly called. They use a butter coloured shirt on a green pant.

Smart is the way they operate but one deficiency attached to trace (according to one of the cab drivers I spoke with) is that some of their officials collect bribe just like their friends (LASTMA) in Lagos. *winks